The Insurance Bureau of Canada is always keen to support the industry in the various challenges it faces. The requirements for rebuilding or repairing a Heritage building differ depending on its legal status. The entry into force of Bill 69 – An Act to amend the Cultural Heritage Act and other legislative provisions (Act) on April 1, 2021 requires municipalities to adopt and periodically update an inventory of buildings that have heritage value by April 1, 2026.

IBC provides insurance stakeholders and consumers with tools to fully understand the different legal statuses of buildings of heritage interest. A building to which a heritage value has been attributed, but which has no legal status under the Act, could be subject to other regulations, such as a municipal by-law. The tools presented deal only with buildings covered by the Act.

Table of requirements related to the legal statuses of Heritage Homes

Consult this table to understand the different legal statuses and related requirements. 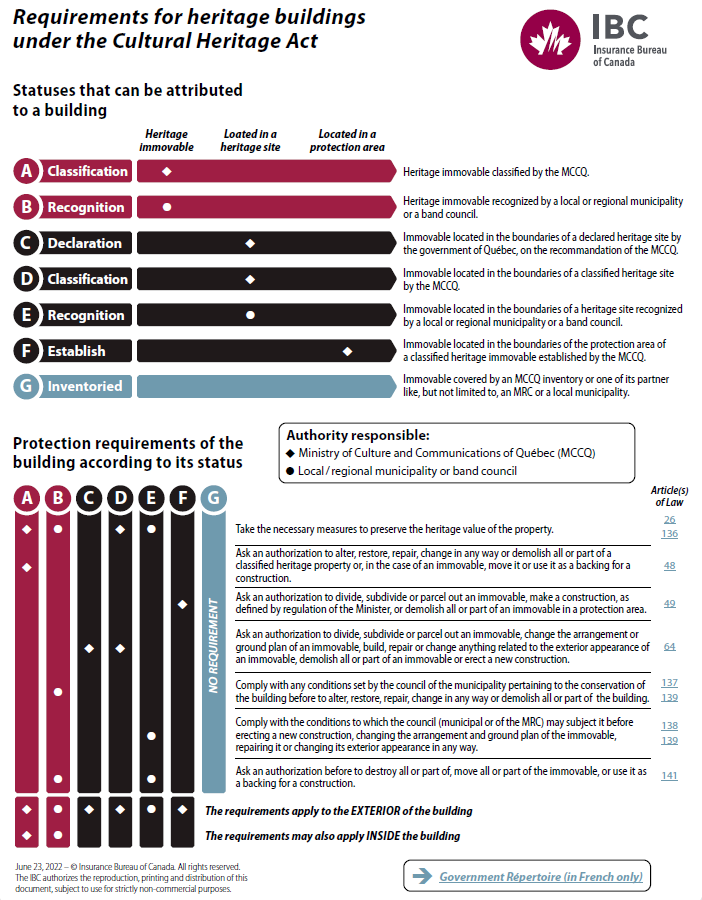 Consult this procedure (in French only) to confirm the legal status of a Heritage building on the Répertoire : 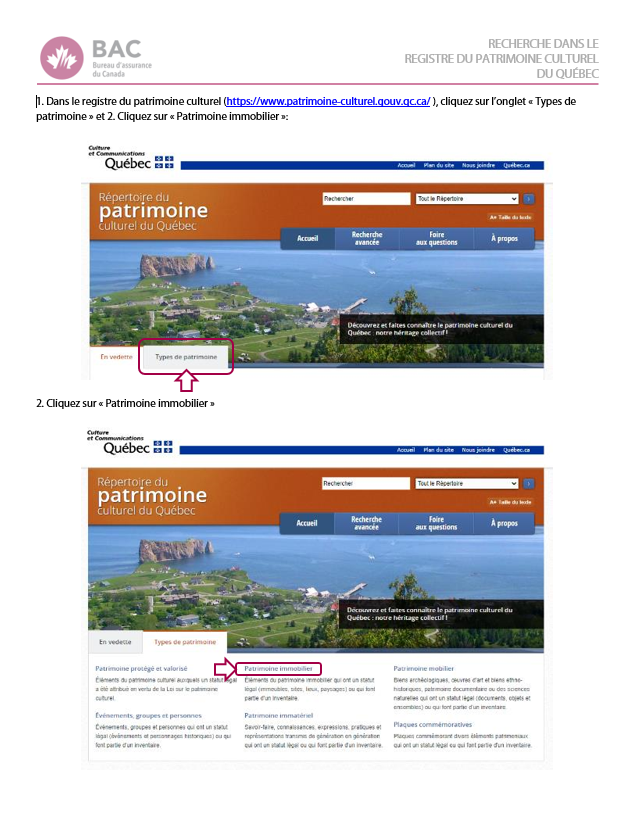 The MCCQ has published a Directive on work authorizations following an occurrence affecting a Heritage building under its jurisdiction. Consult the Ministry Directive (in French only). 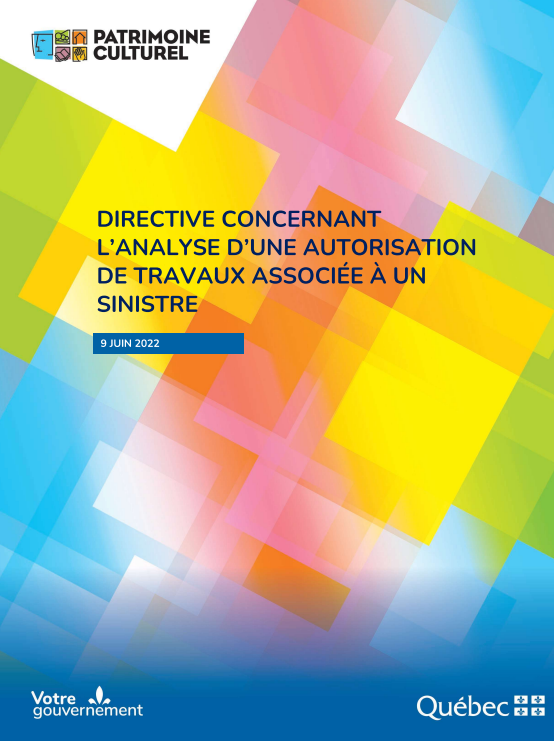 In Quebec, a Heritage building is one to which the Ministère de la Culture et des Communications du Québec or a municipality has assigned a special legal status. Consult the different tools to better find your way around.